Gordon Way is a character in the novel Dirk Gently's Holistic Detective Agency.

Gordon Way was the wealthy owner and founder of WayForward Technologies.

He also appears in adaptations, such as Dirk Gently.

Gordon has a sister, Susan Way.

En-route to his house by car, he stopped for fuel at a gas station, where the Electric Monk took the opportunity to hide in his car boot. After finishing paying, Gordon continued, oblivious to the Monk's presence. He made a call from his Carphone to his sister's answering machine, which he used to dictate a message to for her to pass on to Richard MacDuff. However, he was broken off when he heard a muttering in the car boot, and pulled the car over to investigate. Opening the car boot, he discovered the Electric Monk hiding inside, whereupon the Electric Monk carried out its last instruction to "shoot off" and fatally shot Gordon in the chest, killing him almost instantly.

Gordon spent the next few weeks of his death trying to communicate with his sister from beyond the grave and warn her about the ghost of the Salaxalan engineer. After several failed attempts, he was able to do this with the aid of Janice Pearce, whereupon he was finally able to pass on.

In the amended timeline caused by Urban Chronotis' intervention, Fathom is never sold to Gordon Way and the Electric Monk is not brought to the present; however, Gordon was still killed in the amended timeline in an unrelated car accident. His sister sold his company to the Sirius Cybernetics Corporation.

Gordon Way attended the same university as Dirk Gently and Richard MacDuff. He went out with Susan Harmison at university. They broke up with Gordon did not attend a rendezvous with Susan. He told her that he was hitting by a car but she did not believe him. His excuse was actually true, as Dirk reversed into him in an attempt to escape an irate Richard.

Gordon Way was a millionaire computer expert and the CEO of WayForward Technologies. He was in love with Susan Harmison and built a time machine to travel back in time to be with her.

Gordon travelled back in time on a Friday.[1] 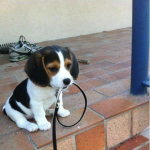 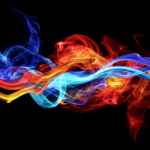